How to Support Sustainable Agriculture

Before factory farming, livestock agriculture looked much different. In America, ranchers raised cattle in herds under the watchful eye of cowboys, free to roam the vast stretches of grazing land. This tradition persisted for some time, allowing ranchers to develop a symbiotic relationship with the land. While the mystique of the American cowboy still lives on in America, the Gauchos of Argentina actually continue these traditions to this day!

Around the time of the industrial revolution, though, agriculture transformed. In the late 1800s, the fencing of livestock became more common, and technological advances, along with the discovery of antibiotics, spurred growth in industrialized livestock production- what we call factory farming today.

While some farms resisted the change, opting for traditional or non-intensive rearing methods, factory farming, sometimes also called intensive farming, became the new industry standard, resulting in a global acceptance of this new method. The factory farming process adopts methods from factory assembly lines to raise enormous numbers of animals, often at the cost of animal welfare and quality control. The Sentience Institute[1] estimates that, by definition, over 90% of livestock across the world are on factory farms.

However, there are some pockets of tradition, like Argentina, that you may be able to discover if you search for them! 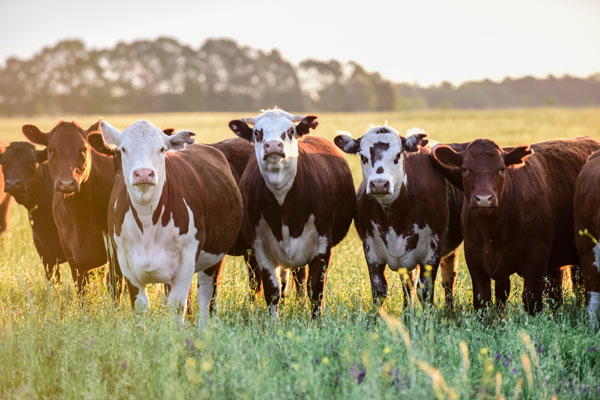 Traditional farming, such as the Cowboy or Gaucho method, operates very similar to pre-industrialized agriculture. Traditional farms keep money in the local community and partner with small businesses to purvey their product. More attention is given to each animal in traditional methods ensuring welfare and quality.

Proponents of factory farming often cite extreme demand for the often dangerous conditions of these operations. Still, increased pollution, disease outbreaks (despite antibiotics), and stress on the animals is hard to excuse. Demand is also a weak argument as inferior quality products saturate the market. Consumers are increasingly concerned about the quality of their meat. In 2018 and 2019, Statista discovered clean eating is one of the most popular diets followed by Americans.[2]

Those who care about their food’s origin and its production should research their options. Understanding the responsible choice will come easy when comparing the costs and benefits of the farming methods employed.

In the wild, cows are funny creatures with unique personalities. Some are more or less trusting than others and are highly curious. A modern example of traditional rearing is the Gaucho method mentioned previously. Cattle raised under the Gaucho spend most of their lives roaming free on the pampas pastures of Argentina. With 1.5 million square miles and over half of that as grazing land, the estimated 54 million Argentine cows have more space than the average person living in the US!

By contrast, intensive farming facilities often employ confining pens. Confining animals allows for efficient use of space and quick accounting for all cattle. However, cows are not allowed to indulge in their natural behaviors, which can be incredibly stressful for the animal. The small spaces mean that livestock sometimes lives in their feces for long periods leading to more disease despite administered antibiotics. While some more practical consumers will reason that the animal’s destination is slaughter, and so their conditions are not as important, the truth is that increased stress and poor conditions affect the quality of the final product.

Animals allowed to run free, raised on grass, and only finished on grain produce superior marbling in the meat and allow for a younger slaughter age producing tender cuts.

Aside from animal welfare, the most pertinent issue with factory farming is its inherent unsustainability. Overcrowding in intensive facilities creates excessive amounts of waste and manure that damage the land and make their way into waterways, affecting all surrounding ecosystems. Experts attribute one of the largest “dead zones” in the Gulf of Mexico [3] to the meat industry.

Industrial agriculture is also an energy drain. It uses fossil fuels and contributes to anthropogenic climate change.[4] Factory farms account for 25-30% of global greenhouse gas emissions every year. Not to mention that it takes nearly 1800 gallons of water to produce a single pound of beef under the intensive farming structure. In contrast, traditional, pasture-raised cattle have a considerably smaller footprint.[5]

Pasture-raised cattle, like Argentine livestock, subsist off the natural resources of the land. The cows graze on wild grasses, irrigated only by Argentina’s rich rainfall. By preserving native ecosystems, traditional methods can ensure sustainability and provide a superior end product without carbon-intensive facilities. 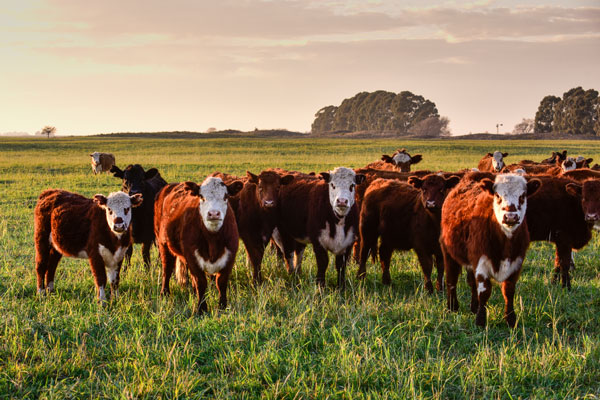 It’s also worth mentioning that, by its nature, traditional farming methods usually include partnering with the local business community, bolstering small business as opposed to snuffing it out as often happens with factory farming operations.

The health effects of factory farming are not limited to the livestock either. One study[6] from 2005 found that the American meat and poultry industry had some of the highest injury and illness rates out of any industry.

As mentioned earlier, the advent of antibiotics spurred the industrialization of farming, but modern antibiotics have come to a point where intensive-farming operations overuse or misuse them. The overuse of antibiotics is due to overcrowding and infectious disease, leading to antibiotic-resistant bacteria outbreaks.[7]

Gauchos use the land around them to raise their cattle; the livestock’s main diet consists of naturally occurring grass. Meanwhile, it’s common for factory farms to overfeed their cows with genetically modified grains like corn. The focus on profit leads to overweight cows with inferior marbling to that of pasture-raised cattle.

Traditional farming offers various benefits to intensive-farming techniques. From sustainable alternatives that preserve the land to better conditions and treatment of animals, the Gaucho method is one of the best ways to raise cattle. If you factor in the superior marbling and tenderness of the end-product, traditional farming is a no-brainer!

How to Make Sustainable Farming a Priority?

Making sustainable farming a priority starts with small habits. Taking responsibility for knowing where your food comes from is vital. Research the distributors and their farms. Knowing which labels to inspect[8] can give you an idea from which kind of farming operation your meat comes. Once you have a few brands you can trust, you will know what to ask for at your favorite restaurants.

Argentine is a prime example. We source beef not raised in a factory but instead on the verdant pampas pastures under Gauchos’ care. We take a traditional approach because we believe respect for the land produces the best quality beef.

Our consumer habits influence the market. Be proud of the purchases you make. Explore new options that take a responsible stance. Above all, discover hidden treasures!

Are you interested in Argentine products? You can find our naturally raised beef products at any locations below or by following us on social media.

You may also inquire about our products for your own business by visiting our ‘Contact Us’ page.